Warning: "continue" targeting switch is equivalent to "break". Did you mean to use "continue 2"? in /homepages/11/d302518848/htdocs/2.projects/1.woc/worldofcrew/prod/wp-content/plugins/ninja-forms-style/styles/ninja-forms-styles.php on line 284

Warning: "continue" targeting switch is equivalent to "break". Did you mean to use "continue 2"? in /homepages/11/d302518848/htdocs/2.projects/1.woc/worldofcrew/prod/wp-content/plugins/ninja-forms-style/styles/ninja-forms-styles.php on line 347

Warning: "continue" targeting switch is equivalent to "break". Did you mean to use "continue 2"? in /homepages/11/d302518848/htdocs/2.projects/1.woc/worldofcrew/prod/wp-content/plugins/ninja-forms-style/styles/ninja-forms-styles.php on line 368

Warning: "continue" targeting switch is equivalent to "break". Did you mean to use "continue 2"? in /homepages/11/d302518848/htdocs/2.projects/1.woc/worldofcrew/prod/wp-content/plugins/ninja-forms-style/styles/ninja-forms-styles.php on line 389

Warning: "continue" targeting switch is equivalent to "break". Did you mean to use "continue 2"? in /homepages/11/d302518848/htdocs/2.projects/1.woc/worldofcrew/prod/wp-content/plugins/ninja-forms-style/styles/ninja-forms-styles.php on line 417

Warning: "continue" targeting switch is equivalent to "break". Did you mean to use "continue 2"? in /homepages/11/d302518848/htdocs/2.projects/1.woc/worldofcrew/prod/wp-content/plugins/ninja-forms-style/styles/ninja-forms-styles.php on line 588

Warning: "continue" targeting switch is equivalent to "break". Did you mean to use "continue 2"? in /homepages/11/d302518848/htdocs/2.projects/1.woc/worldofcrew/prod/wp-content/plugins/ninja-forms-style/styles/ninja-forms-styles.php on line 614

Warning: "continue" targeting switch is equivalent to "break". Did you mean to use "continue 2"? in /homepages/11/d302518848/htdocs/2.projects/1.woc/worldofcrew/prod/wp-content/plugins/ninja-forms-style/styles/ninja-forms-styles.php on line 639

Warning: "continue" targeting switch is equivalent to "break". Did you mean to use "continue 2"? in /homepages/11/d302518848/htdocs/2.projects/1.woc/worldofcrew/prod/wp-content/plugins/ninja-forms-style/styles/ninja-forms-styles.php on line 658
 Portrayal Of Cabin Crew Over The Years In Books, Movies and Television Series | WOC
Get 1,000+ Crew Discounts!
>> Check the app <<

Written by Kanupriya Dasgupta on October 16, 2017. Posted in Blog

Portrayal Of Cabin Crew Over The Years In Books, Movies and Television Series | WOC

The dawn of cinema happened just about the same time man first took flight, so it’s no doubt airplanes and aviators have been a frequent theme throughout film history. Despite the case, movies, books and television series toils best when we, flight attendants can recount to them. When we can see ourselves on screen or reflect back to a similar experience, it’s nearly as if the director is telling our life story.

With aviation being one of Hollywood’s favorite subjects, there was no shortage of films and classic books by veteran flight attendants as they share their stories about work, life and love in the cabin crew world. I’ve listed a few of my favorites:

Bruno Barreto directs this comic look at the world of flight attendants starring Gwyneth Paltrow as Donna, a small town Nevada woman who dreams of seeing the world by becoming a first class international stewardess. ”View From the Top” is a movie that invites guys to drool over Gwyneth and girls to debate whether she looks better with her skirts cut to mid-thigh or to within an inch of her butt. Perhaps a cheesy movie but it totally tells a flight attendant life story and her hard work and dream to fly. 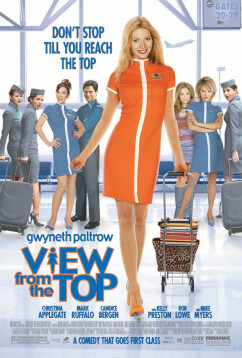 Ryan Bingham might not be a flight attendant but he’s a master of travelling lifestyle, a corporate hatchet man who loves his life on the road, is forced to fight for his job when his company downsizes its travel budget. He is required to spend more time at home just as he is on the cusp of a goal he’s worked toward for years: reaching five million frequent flyer miles and just after he’s met the frequent-traveler woman of his dreams.

A mixture of comedy, romance, and drama this film makes you think about- as Ryan would portray it what we put in our backpack- what is most important in our lives. How do we decide if we should continue to travel and see the 8 wonders of the world, or settle down and enjoy the perks of life being “grounded”? 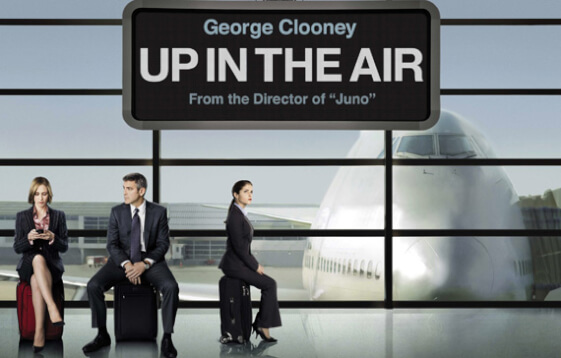 Pilots and flight attendants on the iconic Pan American World Airways are portrayed in this drama set in the 1960s, when air travel represented the height of luxury. The show is about four flight attendants Laura, Kate, Maggie and Colette who represent Pan Am airlines.This movie recounts to flight attendant’s life in lot of ways. Like, cabin crew should have a weight between 110 and 135 pounds and the pre-flight weigh-ins and grooming inspections depicted on the show were true-to-life. When Flight Attendants check in for a flight they have to go into the office and there’d be a grooming supervisor on duty all the time. They might say, ‘your hair is too long’ or ‘you are overweight’ and actually send us home until we fix it. Just like the TV show, we could get grounded for uniform violations.

I really liked the scene when they were ready for take-off and one flight attendant says to the new hire, ‘Buckle up. Adventure calls.’ That’s how it is.  We have actually landed the best job in the world. 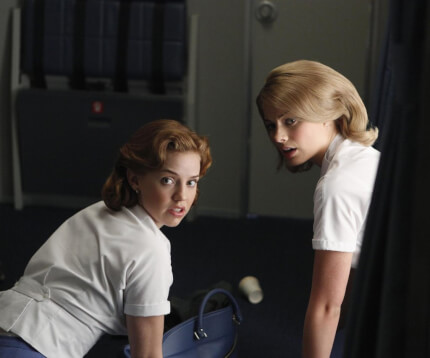 This novel revolves around the Flight Attendant girl, Hailey Lane who learns the rest of her trip has been cancelled and she can fly straight home to spend her birthday with her boyfriend Michael.  On arriving home the surprise that awaits her is not at all what she expected when she founds her man with another girl. She grabs her bags and flees the scene and does the only thing she can: she sets out on a worldwide trip to fix a broken heart. And thanks to free flight passes and long layovers in exotic locales, she finds herself with more options than she could have ever imagined.

From New York to Paris, from Puerto Rico to Greece, Alyson Noël’s Fly Me to the Moon takes us on a trip filled with mojitos at every layover, outrageous passengers in every seat, and a cute guy at every gate, as Hailey tries to write her own happy ending. Clearly, the author knows the life of a flight attendant. 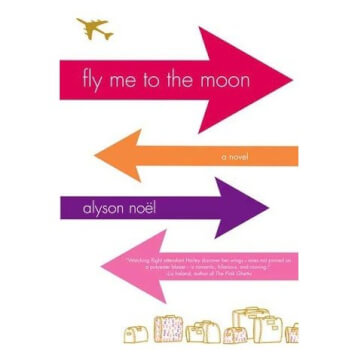 5) Around The World In A Bad Mood! Confession Of A Flight Attendant ( Book)

“Around the world” doesn’t attempt to change air travel but it does help to laugh when we find ourselves in the bad situation, the author accurately describes. This hilarious book confronts every aspect of a flight attendant’s absurd world–from the endless array of passenger demands, to the secret language of flight attendants, and a unique version of the Safety Demo Shuffle.

Rene Foss shares her tales of mayhem at high altitude, a wildly funny memoir of life as a flight attendant. Foss, who has also turned her experiences in the air into a hit musical, relates tales of egotistical pilots, medical emergencies, upgrade-obsessed passengers, and nightmare layovers. 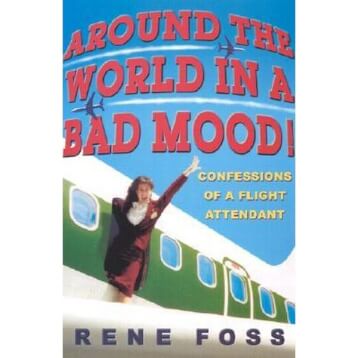 The life of a flight attendant is glamorous and exciting, but as The Aviary follows Summer Pozzi from city to city , you  discover that when the uniform comes off, things can get very complicated.Summer Pozzi finds her life uprooted when she’s transferred to San Francisco and forced to start over from scratch hundreds of miles from her boyfriend and her family. Settling in with some spirited new roommates, Summer finds her homesick blues fading as she strikes up a romance with Capt. Julian, a handsome aviator who helps her feel more at home in her new surroundings.

In our profession there are time zones,  International date lines and several barriers. This movie beautifully portrays this. Relationships of all varieties are hard for flight attendants, and this job will make or break the bonds in your life. But don’t give up. Make time for the people in your life, no matter where they live.If that means jump seating to Florida to sing karaoke with your brother, jetting off to Paris for a lunch date or just staying at home to have dinner with your parents — follow your heart and embrace your loved ones. I guarantee you won’t regret it. 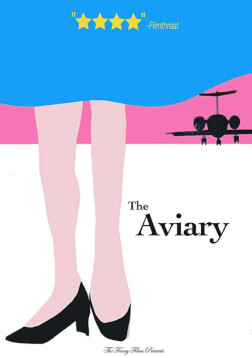 The Red String of Fate, also referred to as the Red String of Marriage is a myth and is an East Asian belief originating from Chinese legend which beliefs that gods tie an invisible red cord around the ankles of those that are destined to meet one another in a certain situation or help each other in a certain way. The two people connected by the red thread are destined lovers, regardless of place, time, or circumstances.

Same way the lifestyle of a flight attendant poses some unique challenges for long-term relationships.Much of our time is spent in transit with people we’ve never met before or only met a couple of times. This isn’t exactly conducive to building relationships, but we never know when we meet our prince charming up above the sky all so high with whom we are destined to be for our lifetime. Also? blatantly obvious matches, or easy relationships, will not appear simply because you travel often and meet many interesting people. It’s going to take time to really see who someone is and you have to wait for a while for your perfect one. 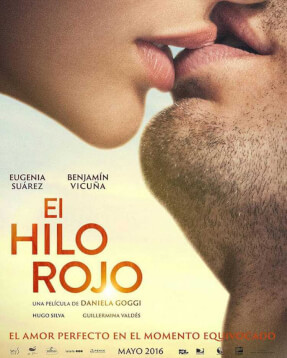 Journalist in the making! My Fastest fingers have worked for India's leading media houses like NDTV, The Times of India and The Telegraph- Calcutta at ABP Headquaters, also worked with digital arm of World's biggest fashion magazine- Vogue. Now steering the web content developer wheel with World of Crew. I am travel junkie and a social media addict.

>> Check all the crew offers <<
X
Share this
Subject:
Message: