Warning: "continue" targeting switch is equivalent to "break". Did you mean to use "continue 2"? in /homepages/11/d302518848/htdocs/2.projects/1.woc/worldofcrew/prod/wp-content/plugins/ninja-forms-style/styles/ninja-forms-styles.php on line 284

Warning: "continue" targeting switch is equivalent to "break". Did you mean to use "continue 2"? in /homepages/11/d302518848/htdocs/2.projects/1.woc/worldofcrew/prod/wp-content/plugins/ninja-forms-style/styles/ninja-forms-styles.php on line 347

Warning: "continue" targeting switch is equivalent to "break". Did you mean to use "continue 2"? in /homepages/11/d302518848/htdocs/2.projects/1.woc/worldofcrew/prod/wp-content/plugins/ninja-forms-style/styles/ninja-forms-styles.php on line 368

Warning: "continue" targeting switch is equivalent to "break". Did you mean to use "continue 2"? in /homepages/11/d302518848/htdocs/2.projects/1.woc/worldofcrew/prod/wp-content/plugins/ninja-forms-style/styles/ninja-forms-styles.php on line 389

Warning: "continue" targeting switch is equivalent to "break". Did you mean to use "continue 2"? in /homepages/11/d302518848/htdocs/2.projects/1.woc/worldofcrew/prod/wp-content/plugins/ninja-forms-style/styles/ninja-forms-styles.php on line 417

Warning: "continue" targeting switch is equivalent to "break". Did you mean to use "continue 2"? in /homepages/11/d302518848/htdocs/2.projects/1.woc/worldofcrew/prod/wp-content/plugins/ninja-forms-style/styles/ninja-forms-styles.php on line 588

Warning: "continue" targeting switch is equivalent to "break". Did you mean to use "continue 2"? in /homepages/11/d302518848/htdocs/2.projects/1.woc/worldofcrew/prod/wp-content/plugins/ninja-forms-style/styles/ninja-forms-styles.php on line 614

Warning: "continue" targeting switch is equivalent to "break". Did you mean to use "continue 2"? in /homepages/11/d302518848/htdocs/2.projects/1.woc/worldofcrew/prod/wp-content/plugins/ninja-forms-style/styles/ninja-forms-styles.php on line 639

Warning: "continue" targeting switch is equivalent to "break". Did you mean to use "continue 2"? in /homepages/11/d302518848/htdocs/2.projects/1.woc/worldofcrew/prod/wp-content/plugins/ninja-forms-style/styles/ninja-forms-styles.php on line 658
 Fort Lauderdale Layovers Tips & Discounts For Flight Attendants | WOC
Get 1,000+ Crew Discounts!
>> Check the app <<

Written by Kanupriya Dasgupta on July 21, 2017. Posted in Layover Tips

After years of building a reputation as the destination for beer-swilling college students on raucous spring breaks, Fort Lauderdale now angles for a slightly more mature and sophisticated crowd. Think martinis rather than tequila shots, jazz concerts instead of wet T-shirt contests. But don’t worry, there’s still plenty of carrying-on within the confines of area bars and nightclubs. Truly, it’s hard to compete with beautiful beaches, a system of Venice-like waterways, an international yachting scene, spiffy new hotels and top-notch restaurants.

This pretty plantation-style property was once the home of artists and collectors Frederic and Evelyn Bartlett. It is now open to guided tours that swing through its art-filled rooms and studios. Beyond the house, 35 acres of lush, subtropical gardens protect a pristine barrier-island ecosystem, including one of the finest orchid collections in the country. 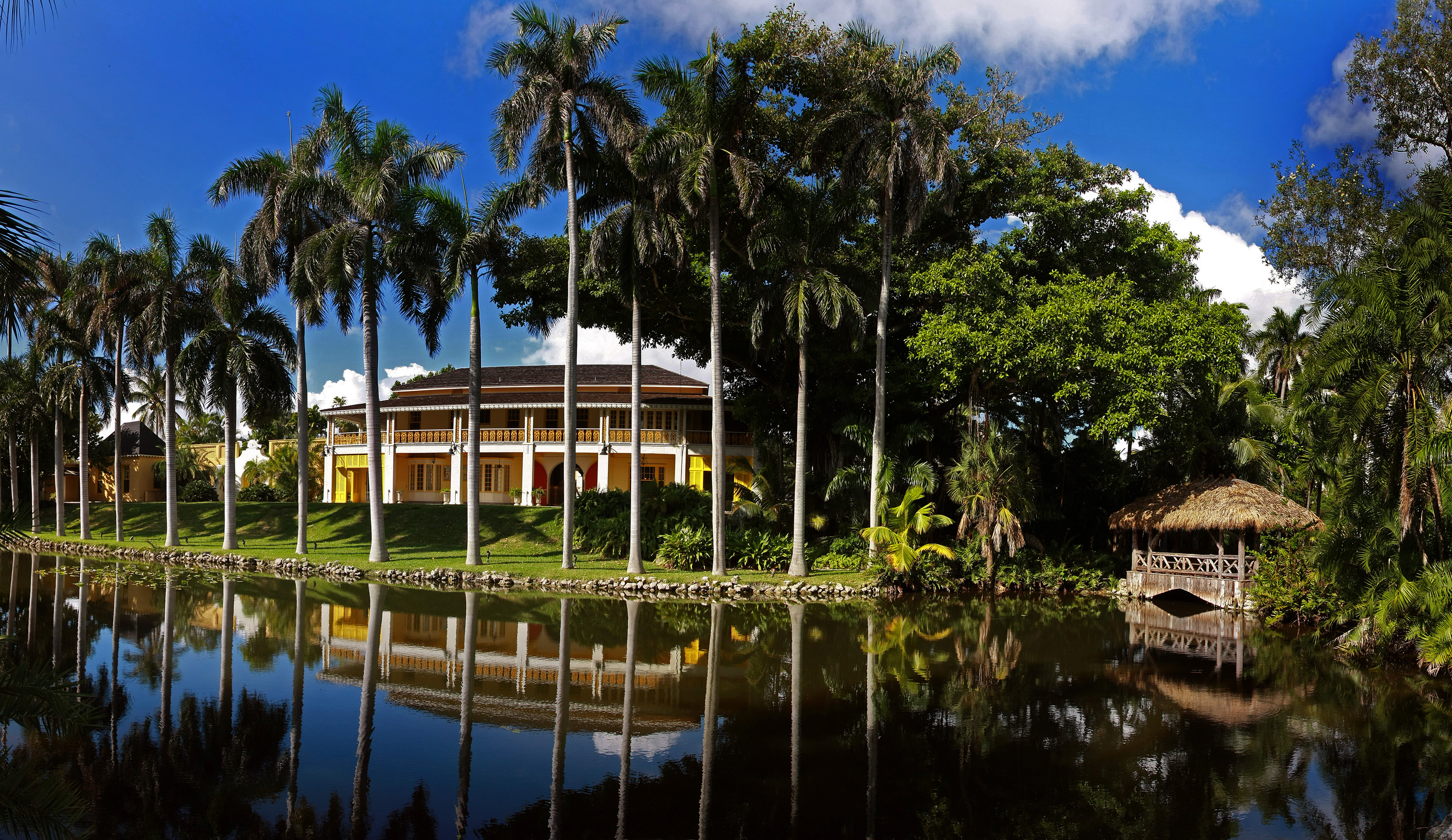 Constructed from Dade County pine, grand Stranahan House is a fine example of Florida vernacular design, and one of the state’s oldest homes. 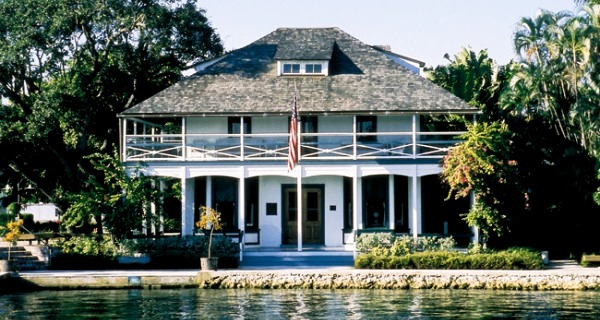 A curvaceous Florida standout known for its William Glackens collection (among Glackens fans) and its exhibitions on wide-ranging themes from northern European art to contemporary Cuban art, American pop art and contemporary photography.

This lusciously tropical park contains one of the last significant maritime hammocks in Broward County. There are mangroves and a freshwater lagoon system (great for birding) and several endangered plants and animals (including the golden leather fern and gopher tortoise). 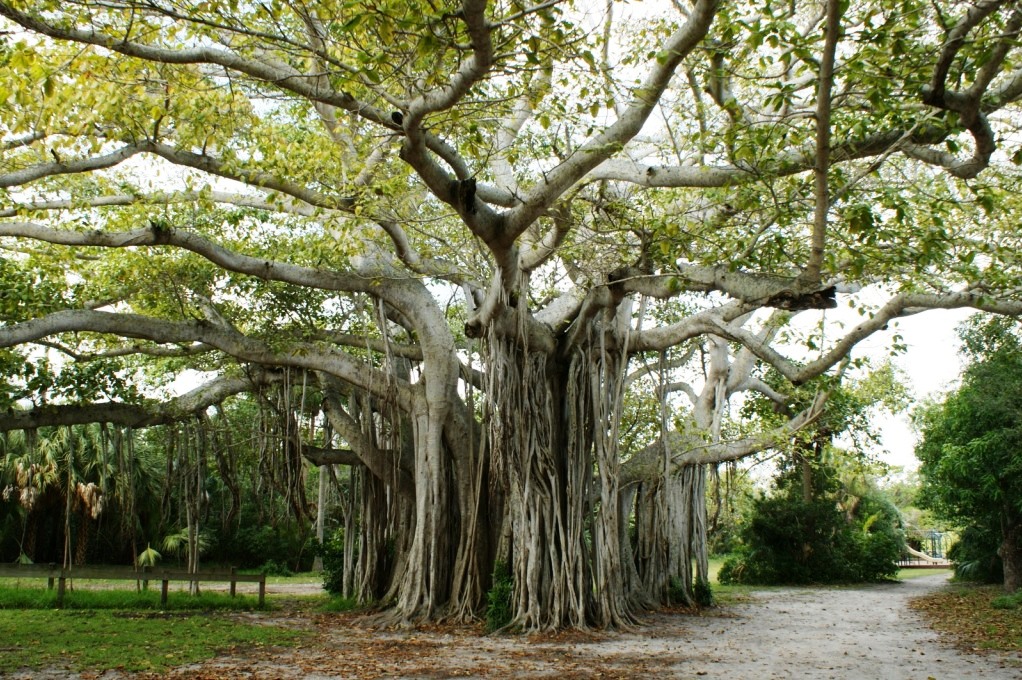 Curving along the New River, the meandering Riverwalk runs from Stranahan House to the Broward Center for the Performing Arts. Host to culinary tastings and other events, the walk connects a number of sights, restaurants and shops. 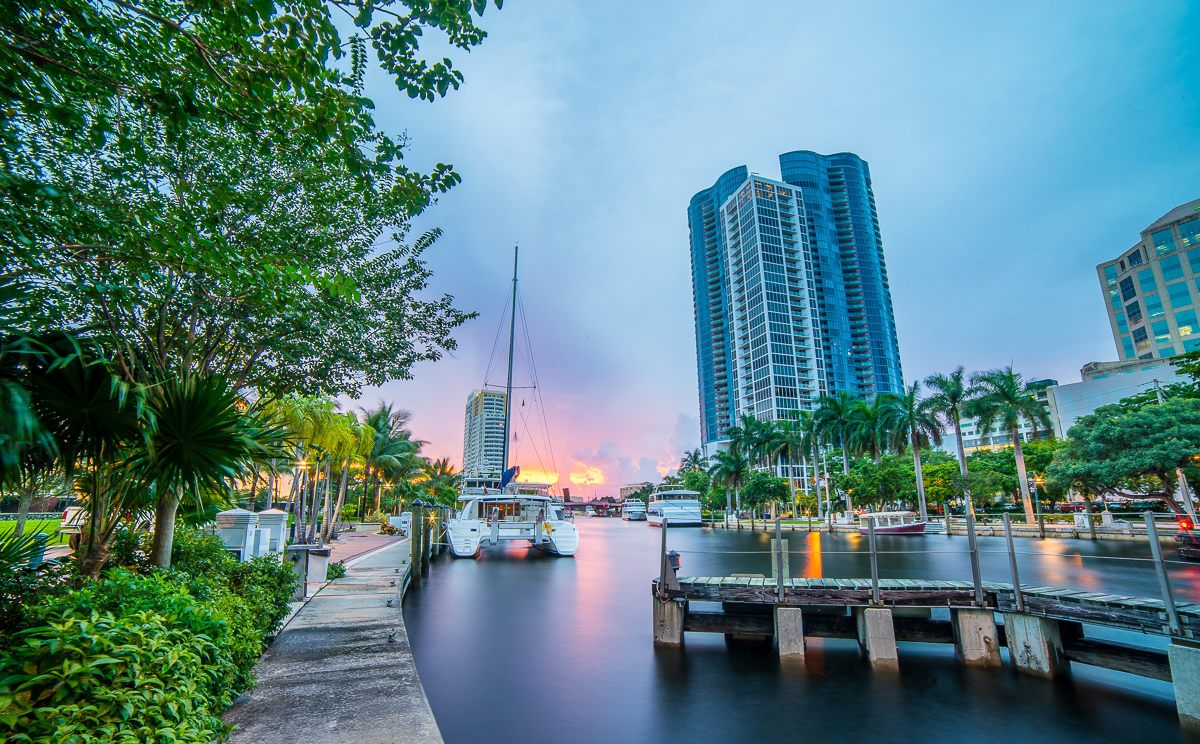 This dog-friendly beach is the 100-yard swath running from E Sunrise Blvd to lifeguard station 5.

On Las Olas there are a number of non-chain restaurants, cafés and wine bars as well as galleries, boutiques and local businesses. They serve innovative southern-style tapas with globally-inspired sauces. Snacks start at $6, and some of their tapas and appetizers are pretty filling on their own, like the coal-fired pterodactyl (turkey) wing with crispy skin and a sweet habanero glaze or the dinosaur beef short rib done “Korean-style,” the meat simmered alongside the bone for five hours in a mixture of rice wine, kimchee base and demi glaze.

For an uber fancy dinner where you can enjoy a quiet night out in an ambiance atmosphere, Hollywood Prime is a great choice. We are 5-star steak house serving 23-day aged prime beef with prices to match. The trick is to order just an appetizer, as they have many that are huge and really satisfying.You can ordered the 10-ounce jumbo lump crab meat ($20) paired with an unexpected spicy homemade mustard. Not exactly cheap, but also not crazy if you’re craving a refined atmosphere.

Situated in the lovely Ritz Carlton Hotel, this chic casual spot somehow manages to be all things to all people: a cafe, bar, market, and upmarket dining. The menu has been crafted to the mantra: local farmers and vendors. The menu changes seasonally but errs towards modern international, like pork belly with black truffle grits or simple fish ‘n’ chips. 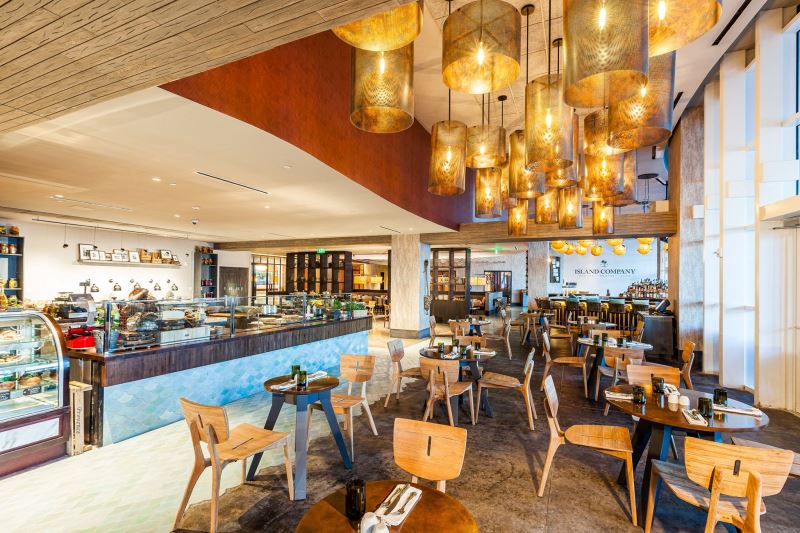 Discover bright flavors and innovative dishes at this modern, plant-based eatery located in a strip mall. Instead of pasta-layered lasagna, slithers of zucchini are layered with macadamia ricotta and sundried tomatoes. Almond milk replaces dairy in cold-pressed fruit smoothies, and the delectable cashew cup gives Reese’s a run for its money.

Perhaps the most fun shopping in town, the state’s biggest flea market has acres of stalls selling everything from underwear to antique cookie jars to pink lawn flamingos, and a carnival atmosphere of mariachi music, hot-dog trucks and a 14-screen drive-in movie theater. The flea market is slightly northwest of downtown. 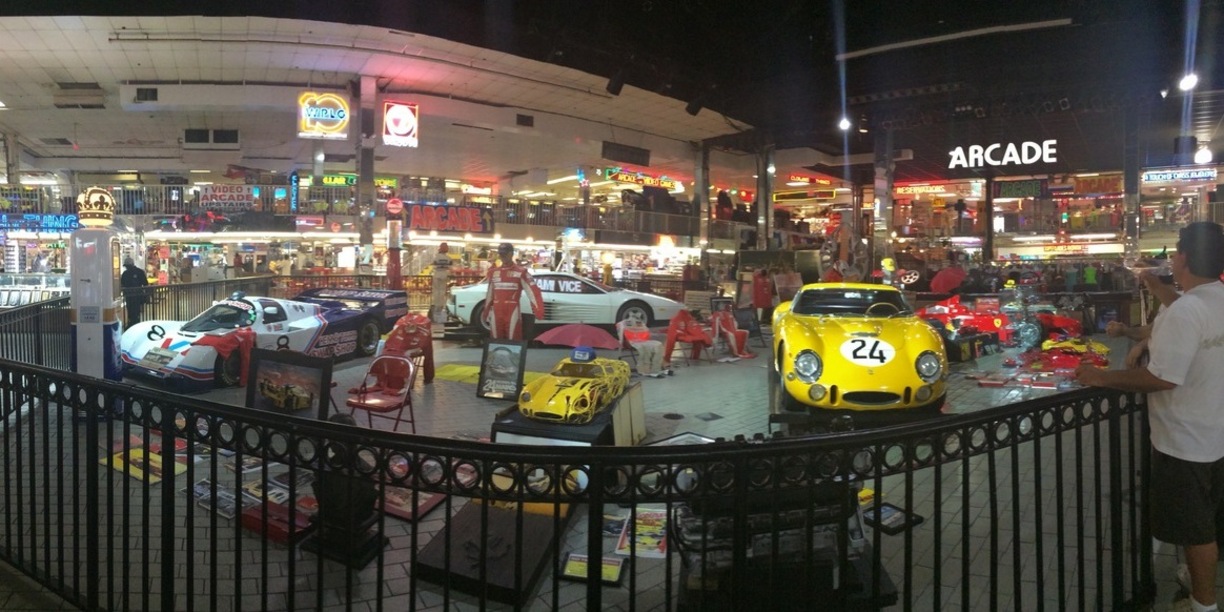 One of America’s largest malls, Sawgrass brings on the ‘shopper’s paradise’ cliché. It has 350-plus name-brand stores and outlets, so budget a whole day. The mall is 13 miles northwest of downtown.

Neiman Marcus, Saks Fifth Avenue and Macy’s are just some of the pricey department chains to be found in this centrally located mall. For discount events check out the website.

One of several in this strip of hip bars and restaurants, Rok:Brgr is based on a 1920s Chicago-era gastropub and somehow pulls it off. Edison light bulbs and contemporary industrial creates the ambience, while the cuisine is contemporary gastropub – gourmet burgers using locally sourced ingredients, plus Prohibition-style cocktails.

Despite its unwieldy name, Brew is the coolest thing going in Fort Lauderdale: a kick-ass cafe located in a weird, semi-abandoned studio space filled with bookshelves. 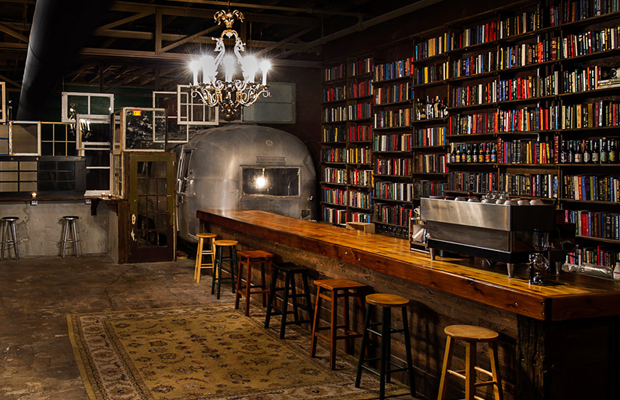 A sexy 1920s drinking den serving crafted cocktails and rocking a crossover classic rock/funk/soul/R&B blend. At weekends there’s live music, dancing and burlesque. Dress up; this is where the cool cats come to play. Serves coffee during the day; open late on weekends only. 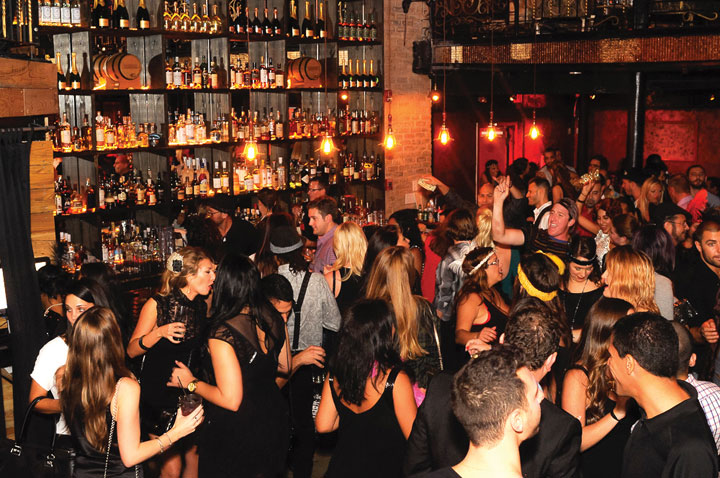 Alaya Spa at the Bonaventure Resort

Walk into aLaya Spa at the Bonaventure and into the blissful sanctuary of the lovely Zen Garden and allow the sense of calm and serenity to surround you. Set amidst the lush gardens of this magnificently transformed hotel, the spacious, 48,000 sq ft spa takes personalized service to its highest levels.

Allure Day Spa is a place for all of your beauty needs including hairstyling, haircuts, color, highlights, manicures, pedicures and other nail services.

World Of Crew gets you a few awesome deals only for cabin crews in US. Have a look into these and let us know if you manage to visit them during your layover!

How was your layover in Fort lauderdale ? Did you discover any new places? If so, please do share these useful tips with your fellow cabin crew, by commenting below!

Have a great layover !

Journalist in the making! My Fastest fingers have worked for India's leading media houses like NDTV, The Times of India and The Telegraph- Calcutta at ABP Headquaters, also worked with digital arm of World's biggest fashion magazine- Vogue. Now steering the web content developer wheel with World of Crew. I am travel junkie and a social media addict.

>> Check all the crew offers <<
X
Share this
Subject:
Message: